aw this amazing Stabilized Video Collage this morning while reading … this is really impressive.Â  You have to see it to really appreciate what is being done.Â  As the author writes:

While some people are still endlessly yelling at Flickr for the new video features, some others are experimenting around it. Especially the one that were already experimenting with pictures, doing collages, blanding, panoramics or any kinf of litle planets. On of my contact on Flickr is PaintMonkey, a very inspired photographer when it comes to photocollages. His photostream is really amazing and creative. He recently explored around the concept of â€œlong photosâ€ (as Flickr calls its videos) and quickly came with some collages experiments. As I was by my side discovering Motion 3 and its stabilization features, I came up with this Stabilized Collage experiment.I am really impressed about the simplicity and the quality of Motionâ€™s stabilization features. Itâ€™s really quick and simple to work with. The first time I really got the stabilization concept was when I saw the stabilized version of the JFK assassination Zapruderâ€™s video. At this time, I guess this has been done by hand, frame after frame, but now itâ€™s as easy as click-and-process.

He has posted several other examples of his work – HipHop By The Canal, Skatepark At The Canal, Late Sunday Morning At The Farmers market, Stabi Portrait B. v4 – along with his Stabilized Video Collages, How-To.Â  All of these make me think about what could be possible with this … as an art form, and other possible uses.
There are the immediate thoughts about using several cameras to record at the same time, and then sync up the videos … versus one camera recording the same scene (slightly offset) at different times.Â  The creation of huge panoramic videos becomes possible as very affordable prices.Â  I also started to think about the creation of a collage of an outdoors scene that would be made up of video taken from the four different seasons … mixing the beauty of each season into one field of view.
Amazing … “click-and-process” … compute power, and the complexity of software is ever increasing … and amazing works like this show up! 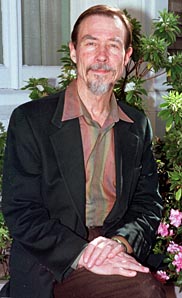 The wrap up of the Gilder Telecosm conference is always one of my favorite presentations. For the last number of years, it has always been Carver Mead speaking … and he is an incredible man. It’s not only his accomplishments, but his presentation itself … his presence … his speech … his wisdom.

Some of his work includes the foundation technology behind Foveon, “a world innovator in the design and development of image sensors and image capture systems for a wide range of digital capture products.” If you aren’t familiar with his company, you can read about the Foveon technology … it is amazing, and well know to extreme photographers. In additional this year another company with his involvement Audience presented here … creating sound processing silicon modeled after the human ear and brain.

Part of the introductory presentation was by Louisa Gilder, who wrote the book The Age of Entanglement: When Quantum Physics Was Reborn. She gave a brief history of the debates that go back to the 1930’s about quantum theories, and the various experiments up through the work of John Bell.

Carver was introduced by Lloyd Watts, Chairman and Chief Executive Officer of Audience. Lloyd had been a student of Carver’s at CalTech. He did a wonderful introduction and thanked Carver for the impact that Carver has had on so many people’s lives … including his won.

Carver begin his presentation by talking about research that has shown the inaccuracy of perception and reality … and how that relates to human behavior. He had one study that showed where the bottom quarter of a class, who had taken a test and were in the bottom 10 percentile, tended to think they had not done that bad … even above average. While the best and brightest who were in the top quarter … scoring in the 90th percentile … tended to question how well they had done … and were unsure of their ability … and tended to guess lower than they had done. His point was how real genius is often able to question their own knowledge, and to be open to what they do not know … to always question their own knowledge, and to “push the limits of human knowledge.”

He ventured into a philosophical conversation about creativity and genius. He questioned where ideas come from … true inventions or innovation. He touched on eastern thoughts where they believe that all things undiscovered, and un-manifested, exist in the “darkness”. They exist, but have not yet been found by us … and will only be found when we choose to explore the darkness searching for them. He expressed that this is only one way to view this phenomenon, and that we each have our own ways to clear our minds, to explore the darkness, and to create. I enjoy thinking about this as I find the most powerful way for me to “explore the darkness” is to break my usual patterns, and to do those things that i wouldn’t usually do … do go and do things that I usually wouldn’t.

Carver then talked about the power of words. The importance of words. How the words that we choose to use define the context that we operate within. He talked about the ways that people begin to create models of new concepts … and that the language that they use to define these new models automatically begin to limit themselves. I have also been taught this same idea from numerous sources … that as we grow up we begin to become “loose” with our language, and underestimate the power of what we say … and don’t say. We often use “weak” words, and express disbelief and disappointment. We hear stories about the power of positive thinking, but fail to realize how much of this is expressed in our speaking. If we are not always thinking and speaking in a positive way, it can poison our whole way of being. This includes how we talk about ourselves, others, and what we are up to in life.
The next area of conversation that Carver explored was the extension of our senses. He expressed that when he is working on his research, and looking at an oscilloscope connected to some semiconductors, he is not looking at the waveforms but instead using that as a way to visualize in his mind the individual electrons flowing through the semiconductor. He related this to using a hammer … talking about when you first started using a hammer for the first time, it was awkward and you fought to control the direction and impact. But as you become better and better with using a hammer, it actually starts to become an extension of you … and you begin to gain control over directing the impact, and also sensing if you made good impact with your target. Likewise he said that as you gain skill at using any tool, you can allow that tool to become an extension of you … and and to allow that tool to give you new ways to see what is going on.
As he wrapped up, he posited that all matter is waves … there are no particles … no points of energy. All matter is waves. Nothing but waves. The energy of matter is it’s frequency, and it’s wavelength is one over the momentum … the vector of momentum. I had to stop taking notes to focus on what he was saying, but it was an incredible way to visualize matter. He talked about electron not being in “shells” or “orbits” around the nucleus, but instead to consider that electrons take on different “wave functions” wrapped around the nucleus. He then also discussed how due to the charges, and the electrons wanting to avoid each other, they are forced to take on different wave functions in avoidance. Some of these wave functions can become more and more convoluted, and then can become “smoothed” when these atoms get near other atoms … creating molecules. And that the binding nature of molecules is formed by the more natural wave functions that are formed through the combination of atoms.

There is so much more that he said that I didn’t get down in notes … I really wish that Gilder would post the podcasts and vidcasts of these presentations … they are an outstanding source of new perspectives. Carver Mead is an amazing man … what a contribution to society.