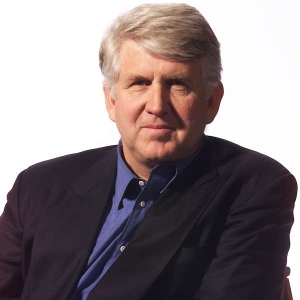 Bob Metcalfe, of Ethernet fame, did a presentation this morning on his current investments in energy. He related, throughout the presentation, ways to link the progress of the Internet to work that could be done in looking for cheap, clean, effective, alternate energy sources.

Green Fuel – one of his investments, is exploring the use of algae to create feed, food, and fuel from the CO2 emissions from smokestacks. Dried Whole Algae can be used for feed and food. (He explained that Omega-3 fatty acids that we get from fish actually comes from the algae they eat … and suggested that we “cut out the middle fish”), Algae Oil can be used for biodiesel. Dilapidated meal can be used for foods. The “carbon credits” can also be gained … but are insignificant.

He also suggested that “Green” is not necessarily the right “color” to call the clean energy movement. It turns out that the “Greens” in the political realm seem to be more than just “Environmentalism”, but also Anti-technology, Anti-capitalism, Anti-trade, and Anti-American. All of these are not going to solve some of the real big challenges. Bob suggested that we consider it the “Blue” movement … he believes that the best solutions will be related to the sky, and oceans. His mantra is “cheap and clean” energy.

Bob briefly reviewed some of his other investments – Mintera is one of his investments, and they are doing 40Gbps Long Haul DWDM Optical Transmission solutions … allowing people to telecommute. SiCortex is creating supercomputer Linux Clusters … delivering more compute power per dollar, per foot, per watt. Ember which is creating control systems using Zigbee Standard CMOS Radios and Protocol Stack. Infinite Power Solutions which is creating Solid-state Thin-film Lithium-ion Batteries with nearly unlimited recharge cycles.Â  He also mentioned I366 Technologies (which I couldn’t find) that are creating next generation Silicon Solar Cells, and SiOnyx who are creating Black Silicon which has very useful photonic properties.

He stressed that Energy creation and usage are not directly tied to the Environment. They are both very independent issues.Â  If Global Warming were solved tomorrow, we would still want cheap, clean energy! The solutions – if we want them – to Global Warming are about Climate Control! He questioned where the real research is going on related to numerous climate control solutions.

He ended by joking about the day that we would get to ask the United Nations “Now that we can control the planet’s temperature … exactly what temperature do you want the earth to be?”

Yeah … that would be the day … I’m sure they already have that all figured out. Oh … and there would be no side effects at all to stopping the variations in planetary temperatures … right!